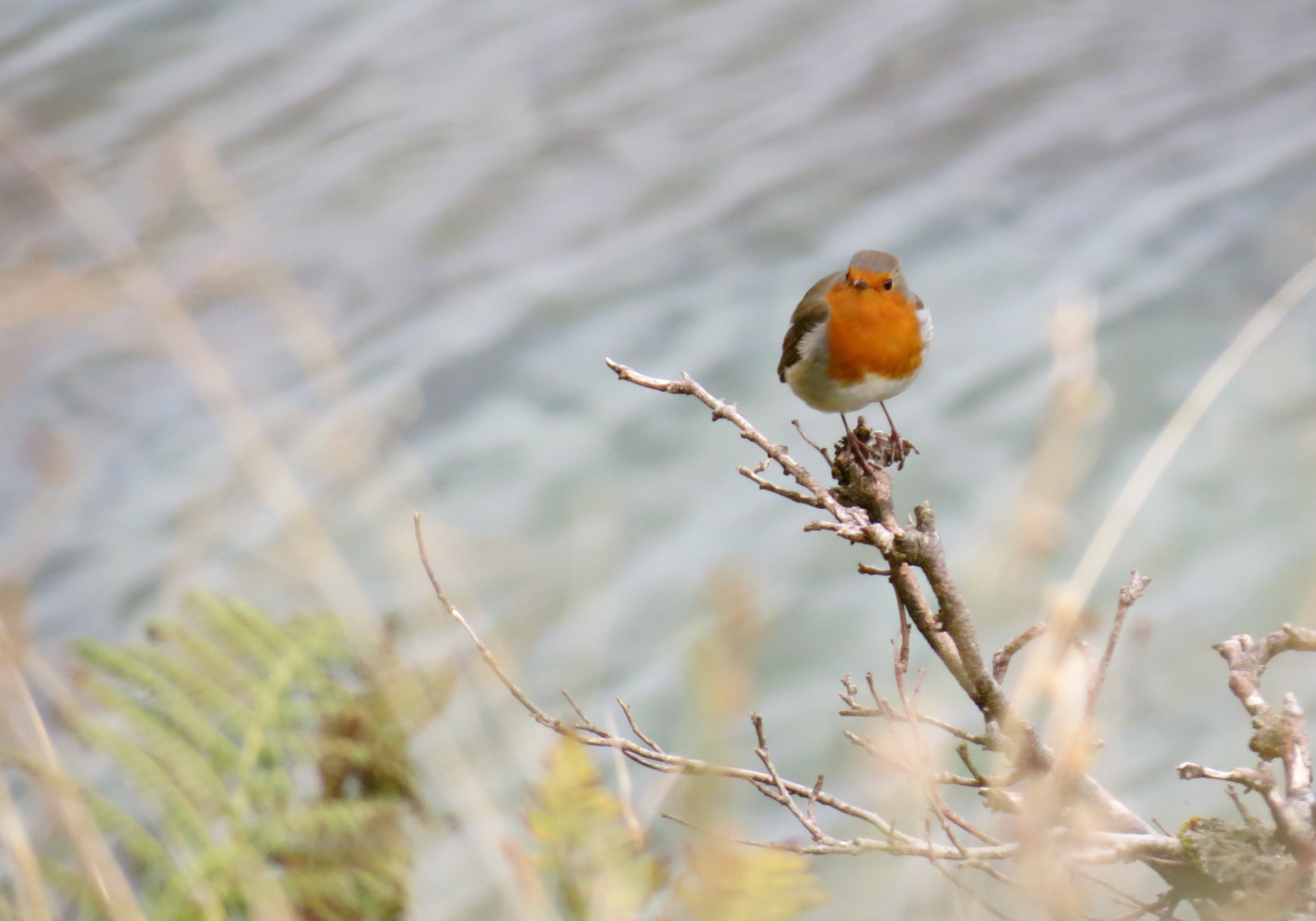 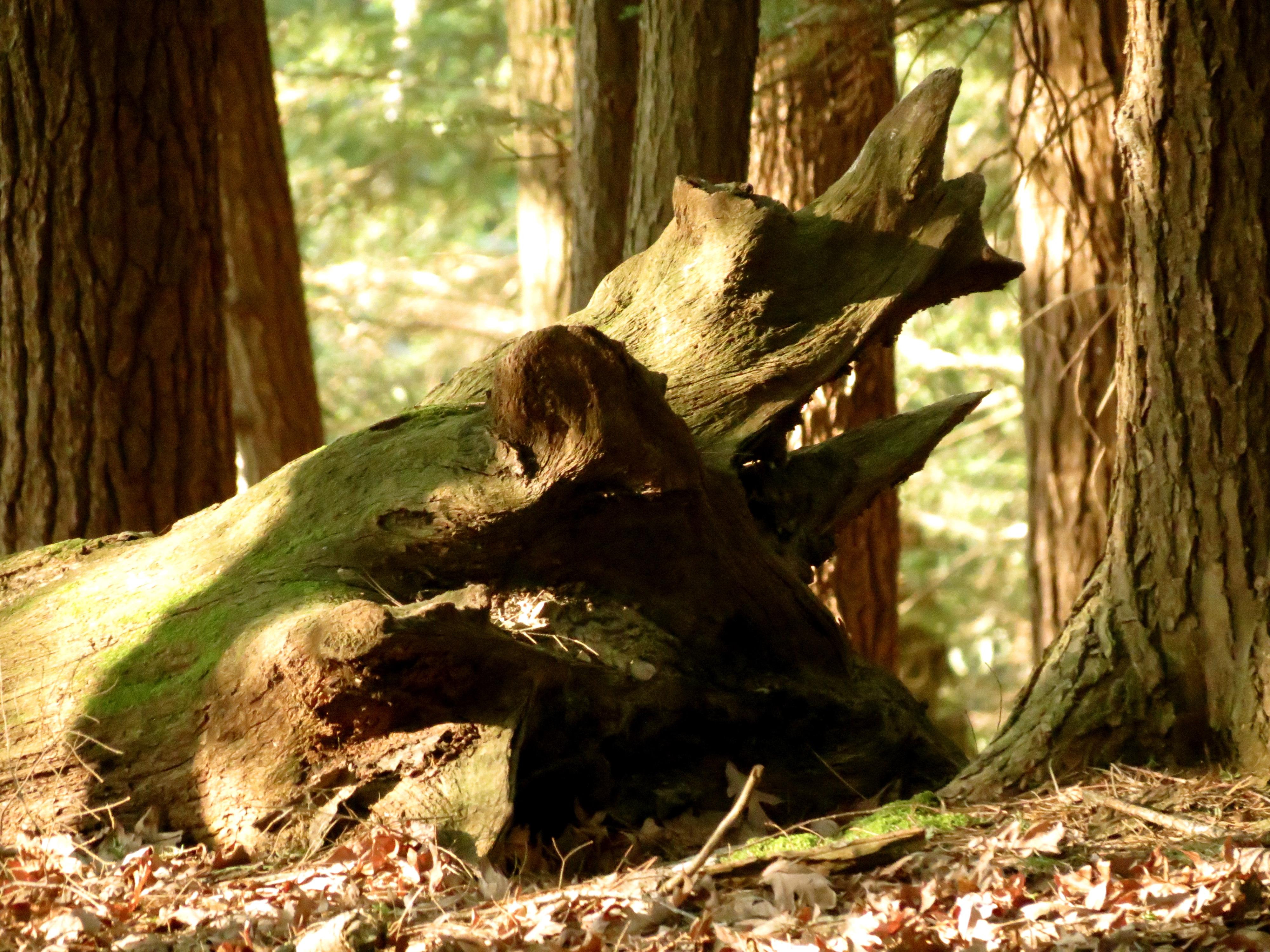 Door to the forest 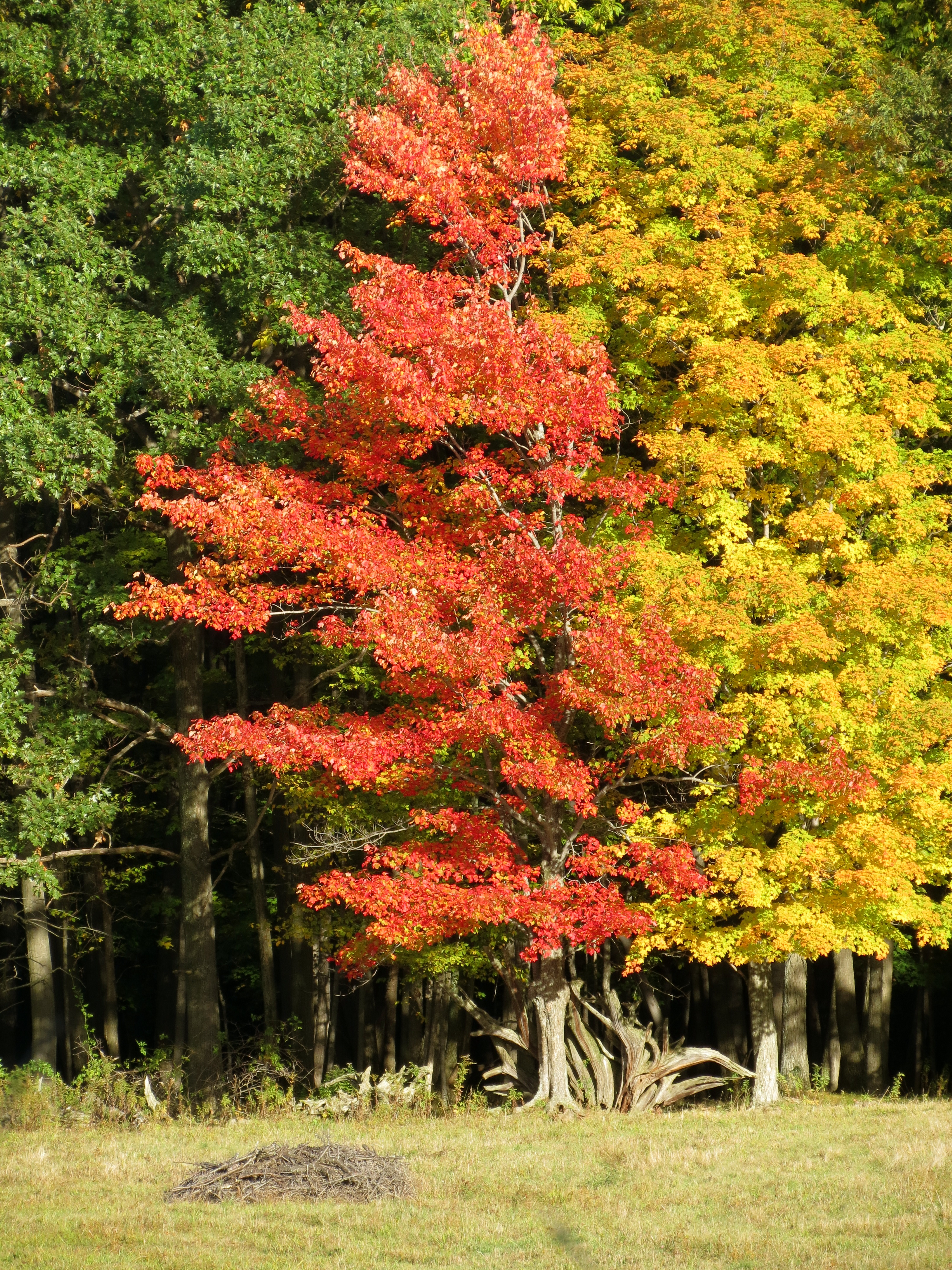 Not all who wander are lost….but in this case I was lost for over two hours in an unfamiliar woods.   It was the best thing that ever happened.   Discovered some amazing landscapes and even more brilliant trees.    Felt a calling to wander ever closer to this particular forest’s edge.

All Reach Toward the Sky 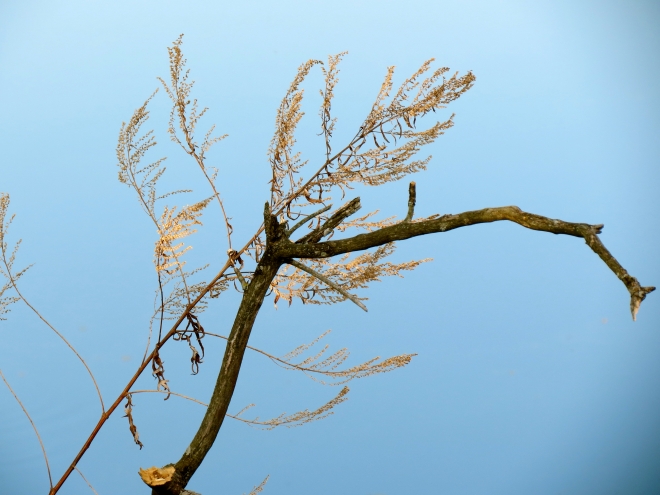 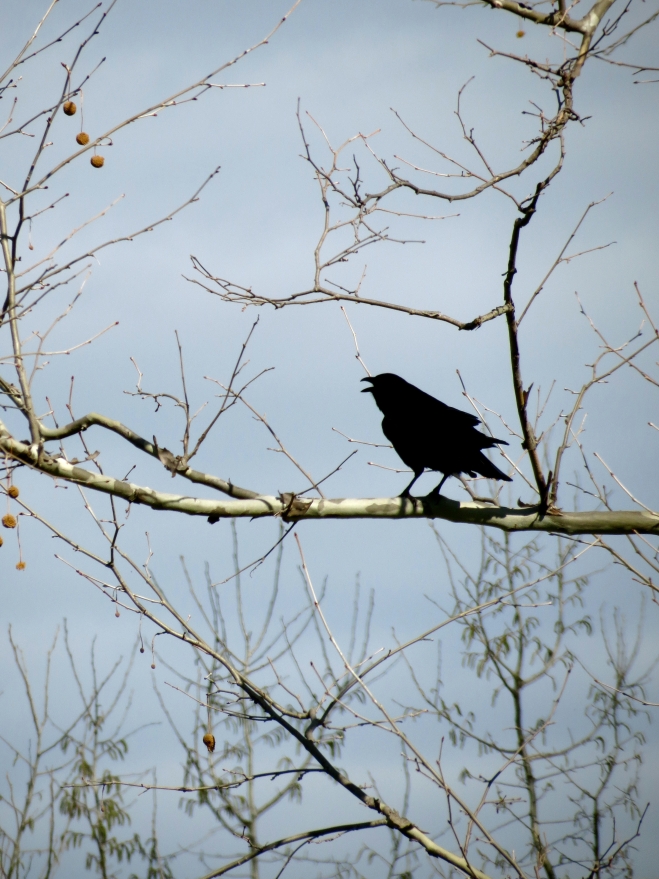 When a crow and its shadow become one. 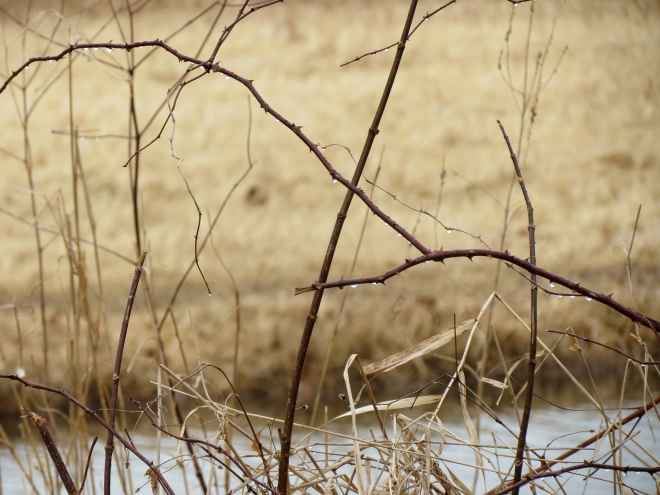 Droplets of rain cling like teary cruor torn from the sky.  They pause at the intersection of wood and air, within cold thorny branches intersecting space and time. 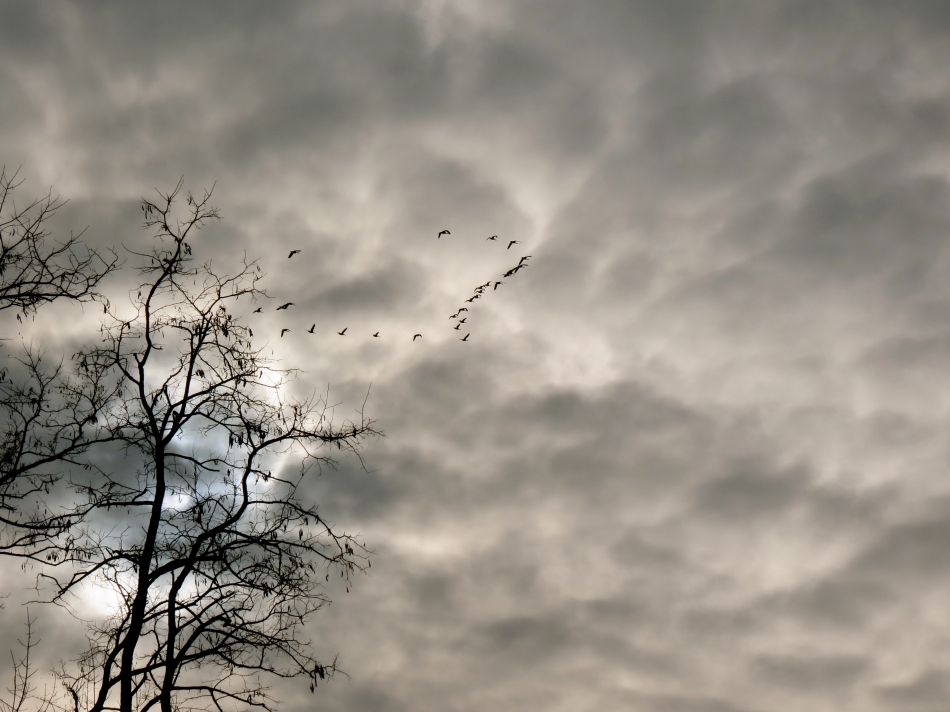 Geese fly through a cold winter sky.   There’s a hush in the air.  The grey clouds are heavy, laden with snow, but yet it resists the Fall.   I wait, watching, anticipating it’s arrival, but only the wind touches my face.   I can feel winter’s cold hand. It grazes my cheek, but will not wrap me in its white robes, will not envelop me with its embrace.  I have been here waiting, from the sun’s bright ascent to the close of the day, but it does not fall.   Winter’s snow holds back from me, like a reticent sparrow, peeking from the trees, unmoving yet aware, unsure of my intentions, though I offer only love. 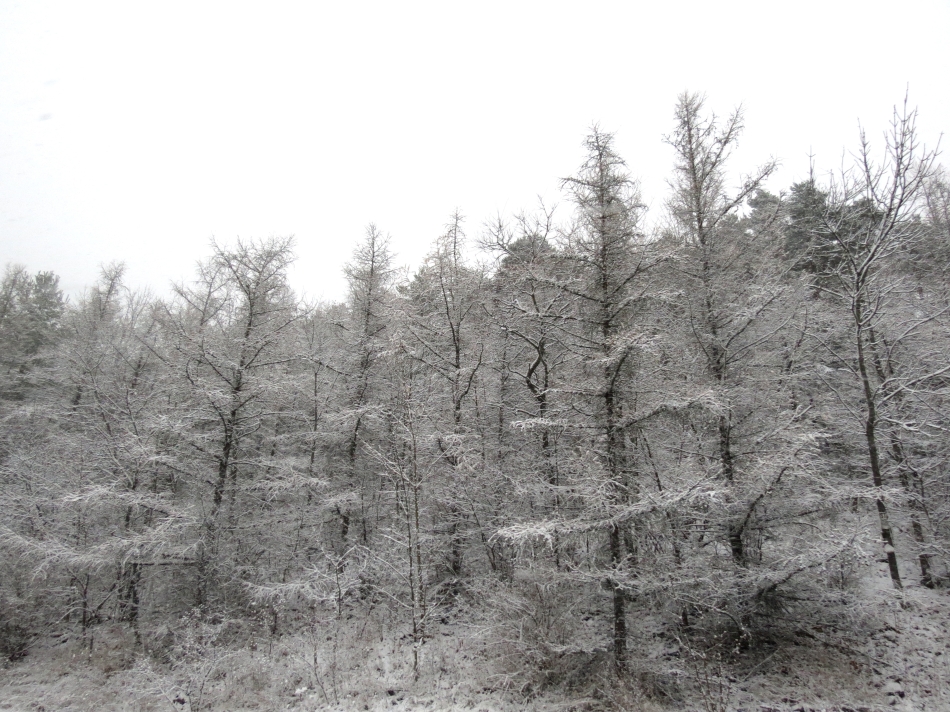 Winter has not been too present this year.  This storm came and went within a day.   There have only been two subsequent storms since this pic was taken in November 2014.    Looks like it’ll be another winter full of dead grass and yellow fields (though my snap dragon plants are still alive and very green, strange as that is).   Perhaps Jan/Feb will bring a nice blanket of snow that will stick around. 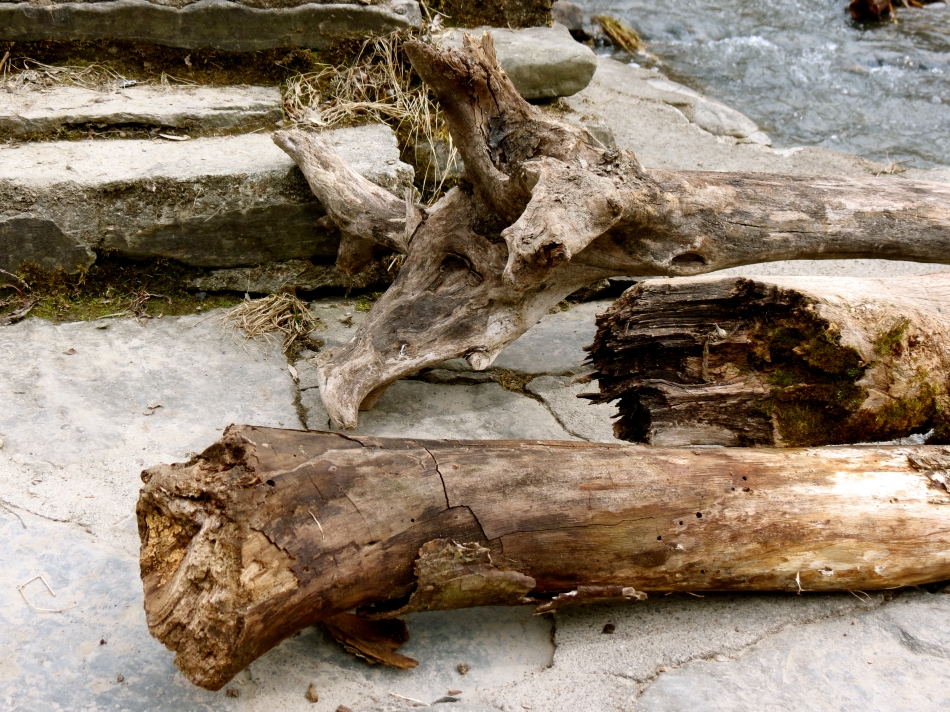 In an earlier post of mine, I referenced some unusual amber droplets collecting within and around some type of shelf / bracket fungus on a tree stump.    Here’s a few shots of the stump and the full fungal growth.     There is a discernible line of clear droplets forming underneath many of the fruiting bodies, with amber droplets forming both above and below the fruiting body.   It appears this is a common characteristic in many types of shelf / bracket fungi, but I still haven’t found a description of the function of the droplets or what causes the fungi to exude them.    It is rather interesting to observe, though I made no attempt to poke, touch, smell or otherwise interact with the sappy substance besides photographing it. 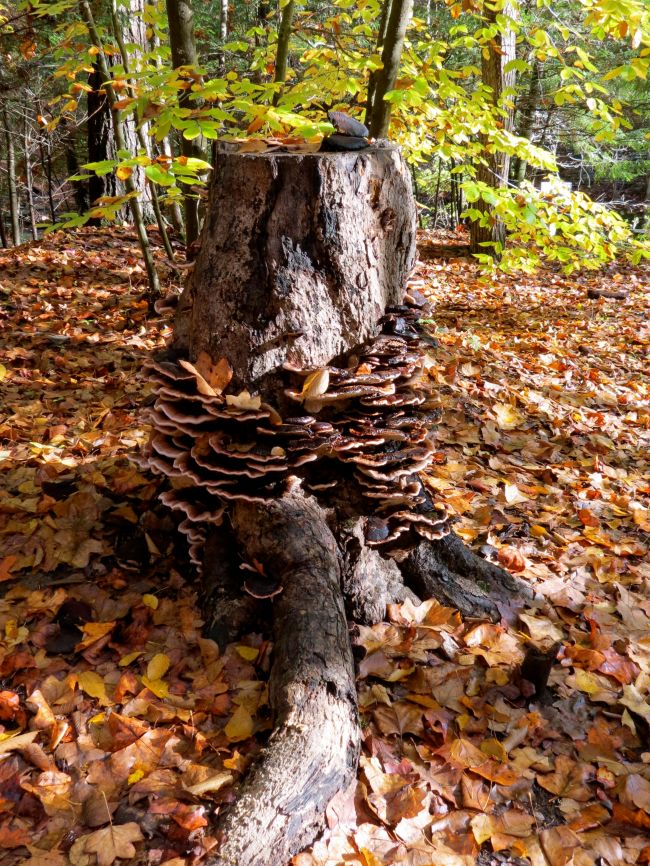 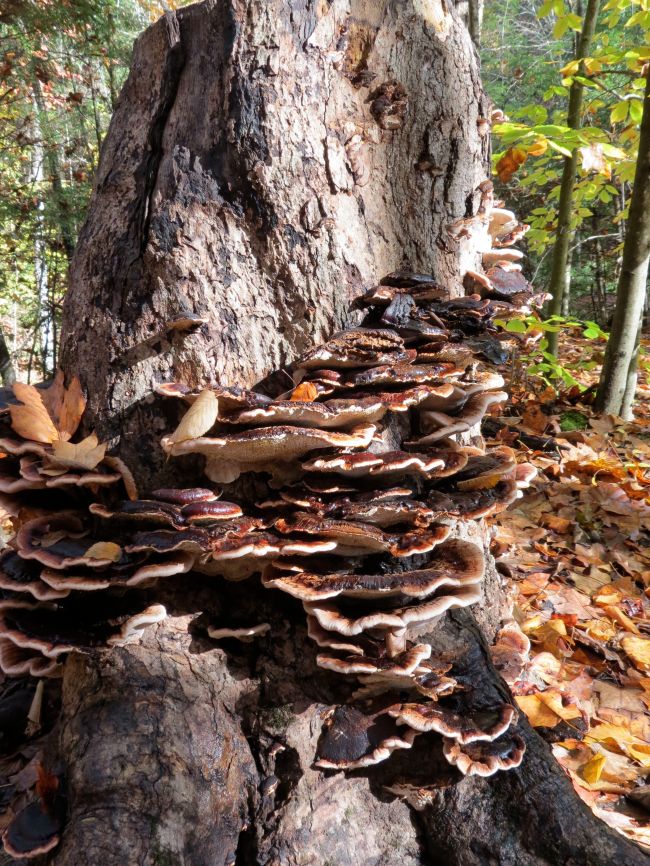 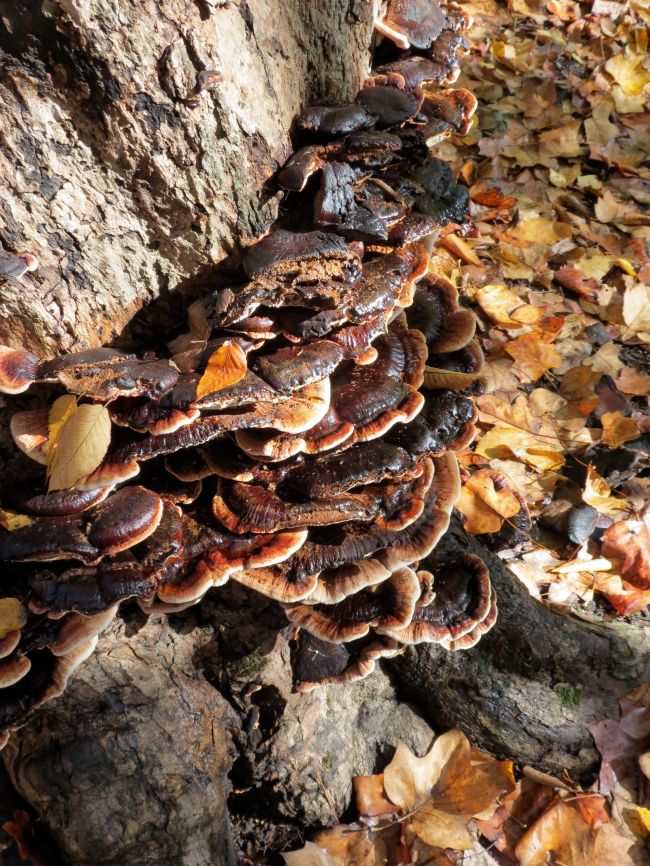 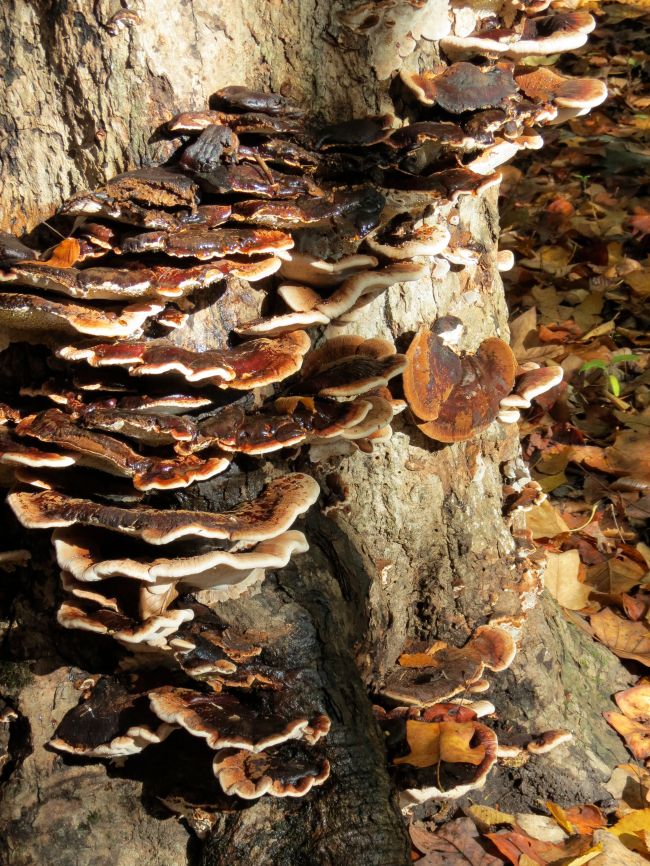 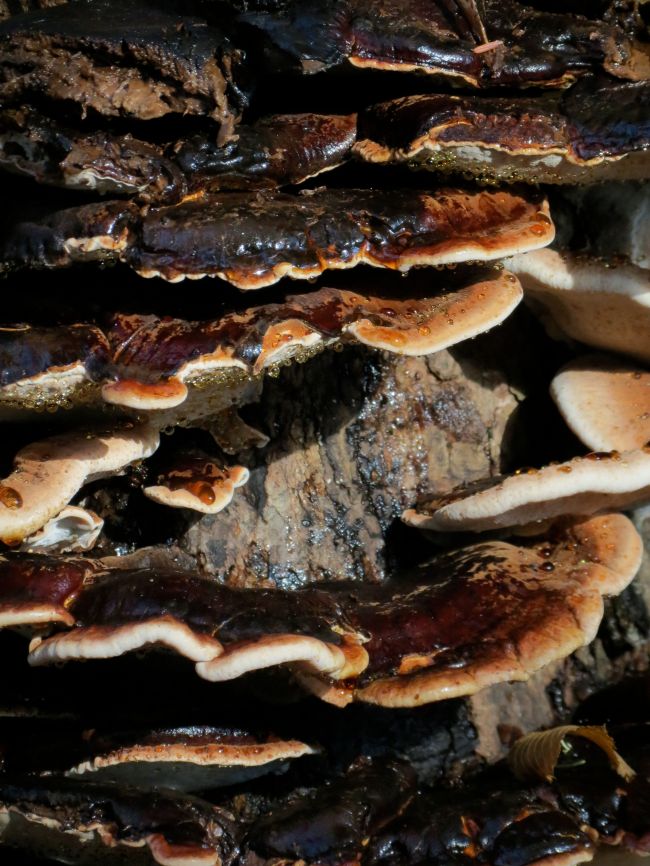 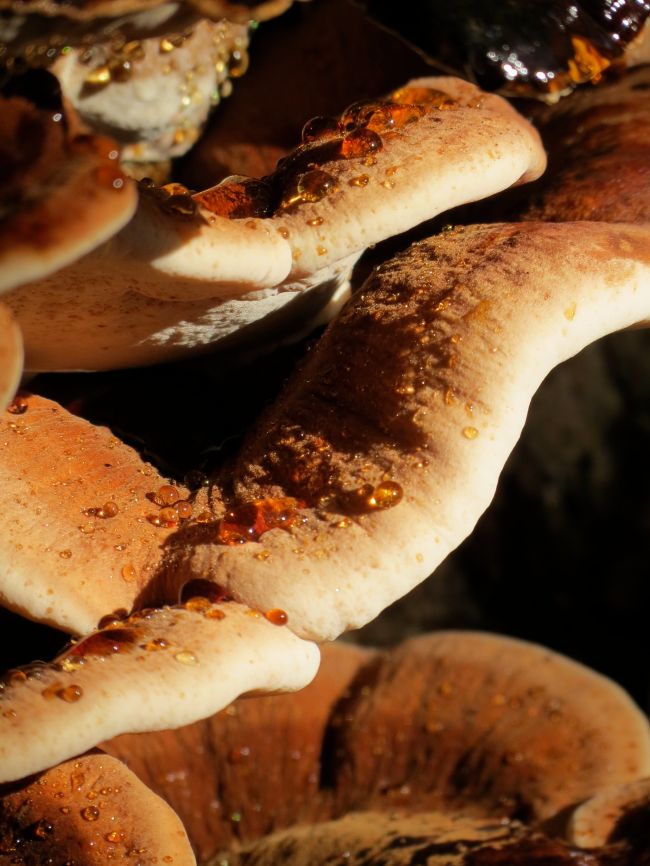 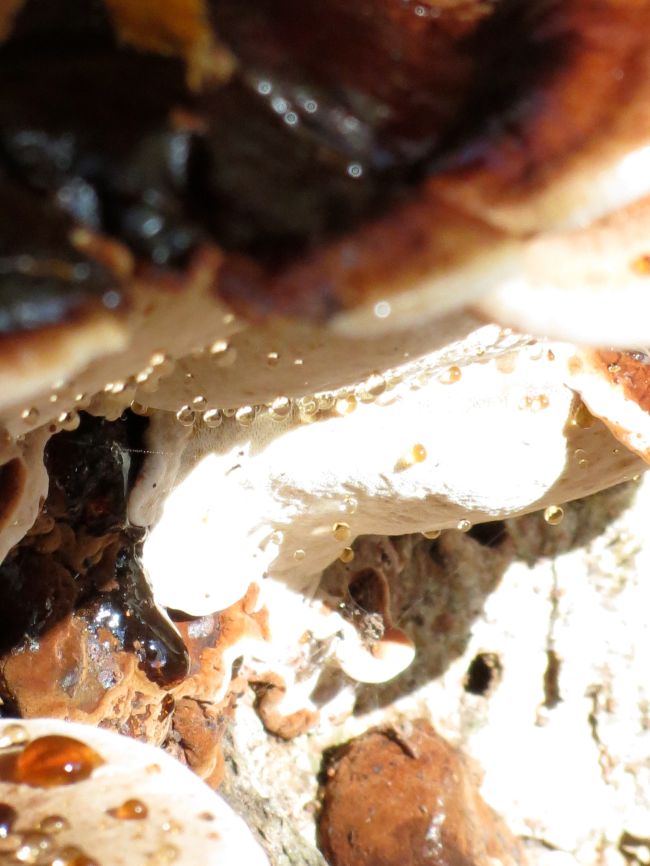 I wonder if the fungus is exuding actual tree sap because many of these fungi are parasitic.    In other cases, they grow on trees that have already fallen or died, so it works both ways.    A wikipedia entry about shelf fungus mentions the following “They can also be used as a wick in an oil/fat lamp. Use a shell, turtle shell, or non-burning oil/fat container. Prop fungus up using three little rocks. Place oil or fat in container. Once Bracket Fungus turns black and has absorbed oil it is ready to light.”    So they are able to absorb liquid/oil meaning the droplets they produce could be water or sap or perhaps some component of the phloem of the tree that they are absorbing?   I think I still have more questions then answers.  😉

As Above, So Below – The last days of Winter 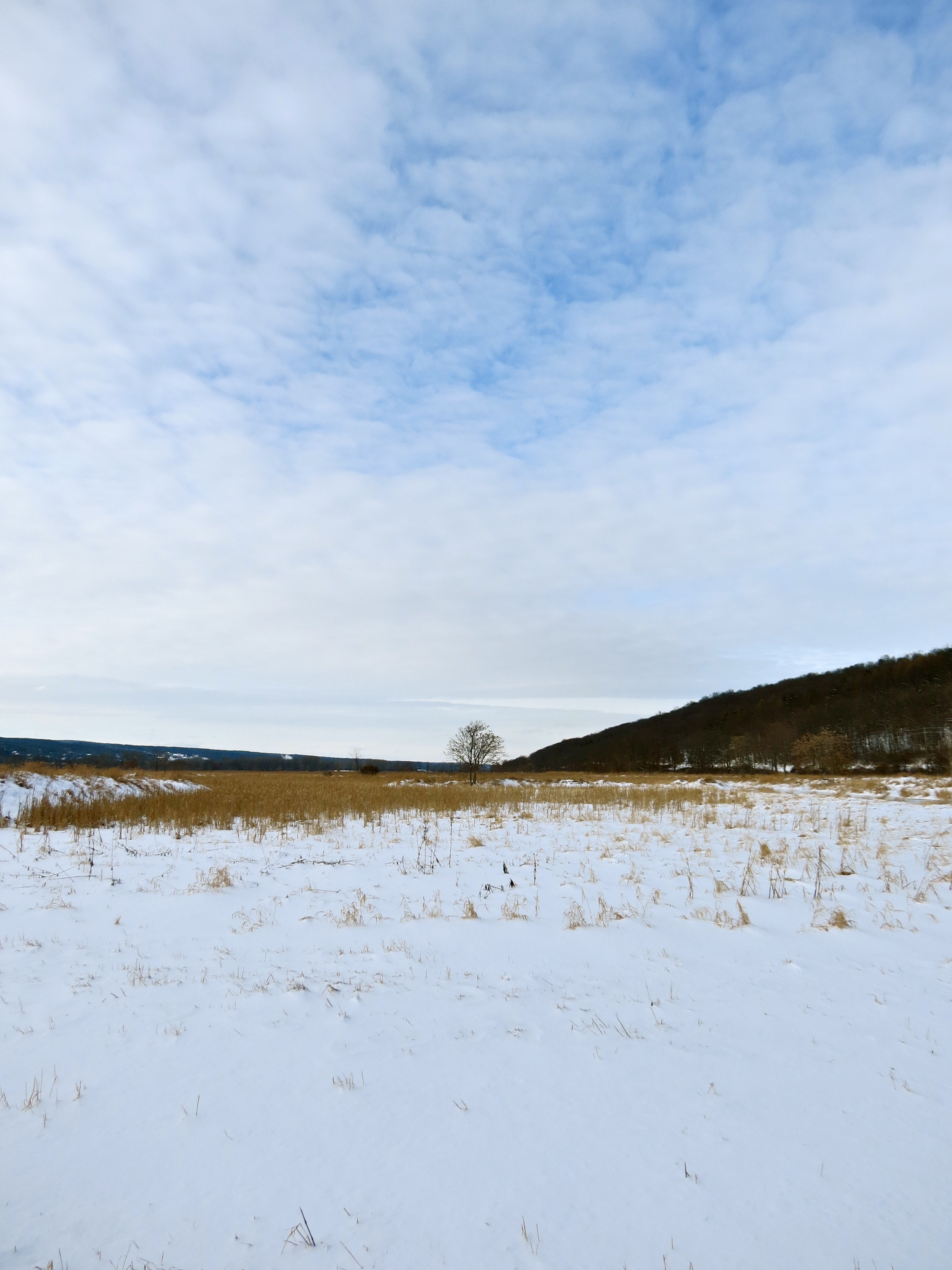 Technically it’s the first day of spring, but this image sums up my feelings about it all. I’m always sad to see the Winter leave. This was taken in February at the Marsh. I’ll be looking forward to seeing more Winter next year (or in a week or two if the “Powers that Be” still favor a late snow, like in the past). 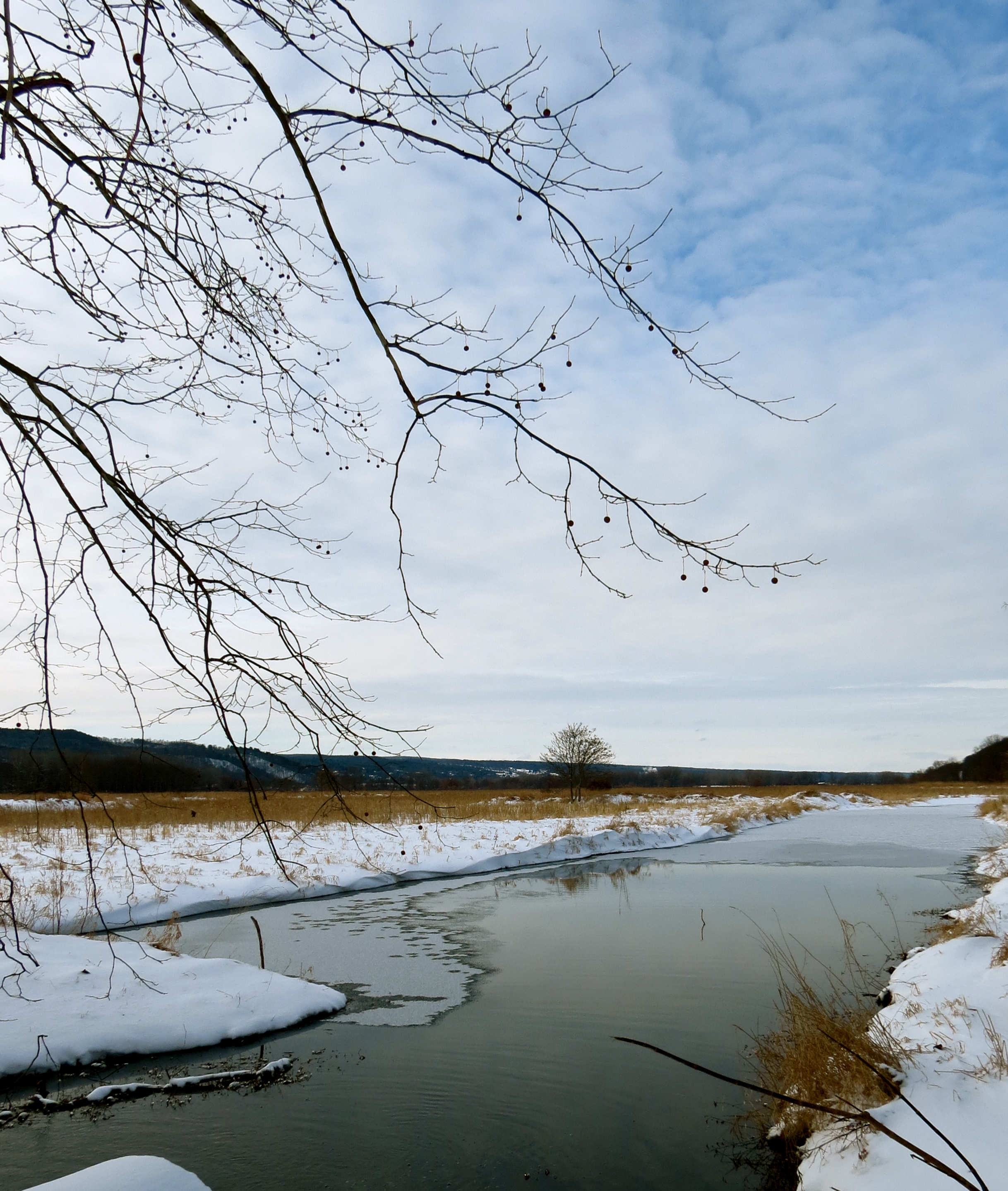 Another view from the Marsh. The sycamore tree is particularly beautiful in the winter season and one of my favorite trees to photograph. 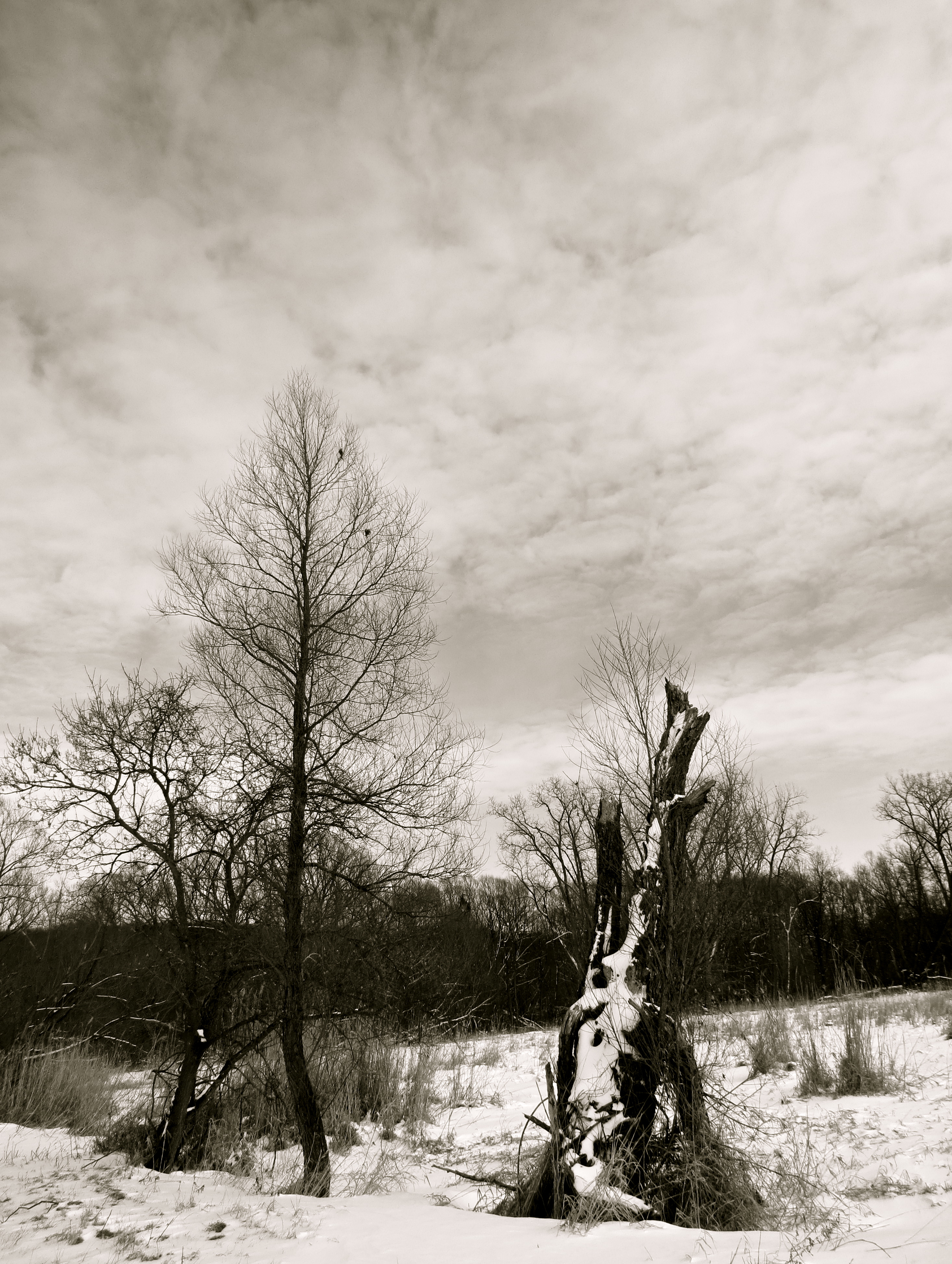 Relief not reflected by the grey skies. Happy to have a real winter this year. 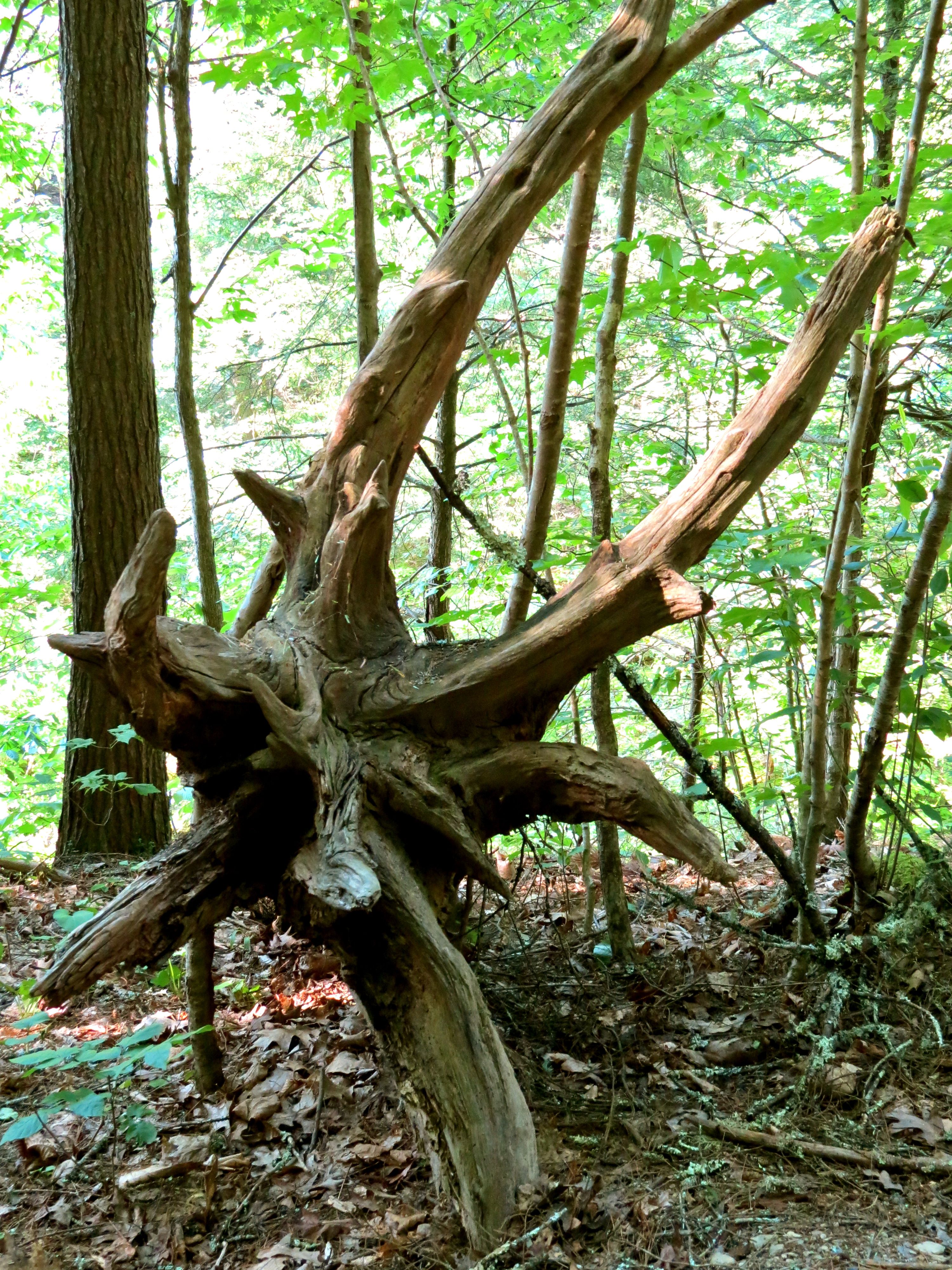 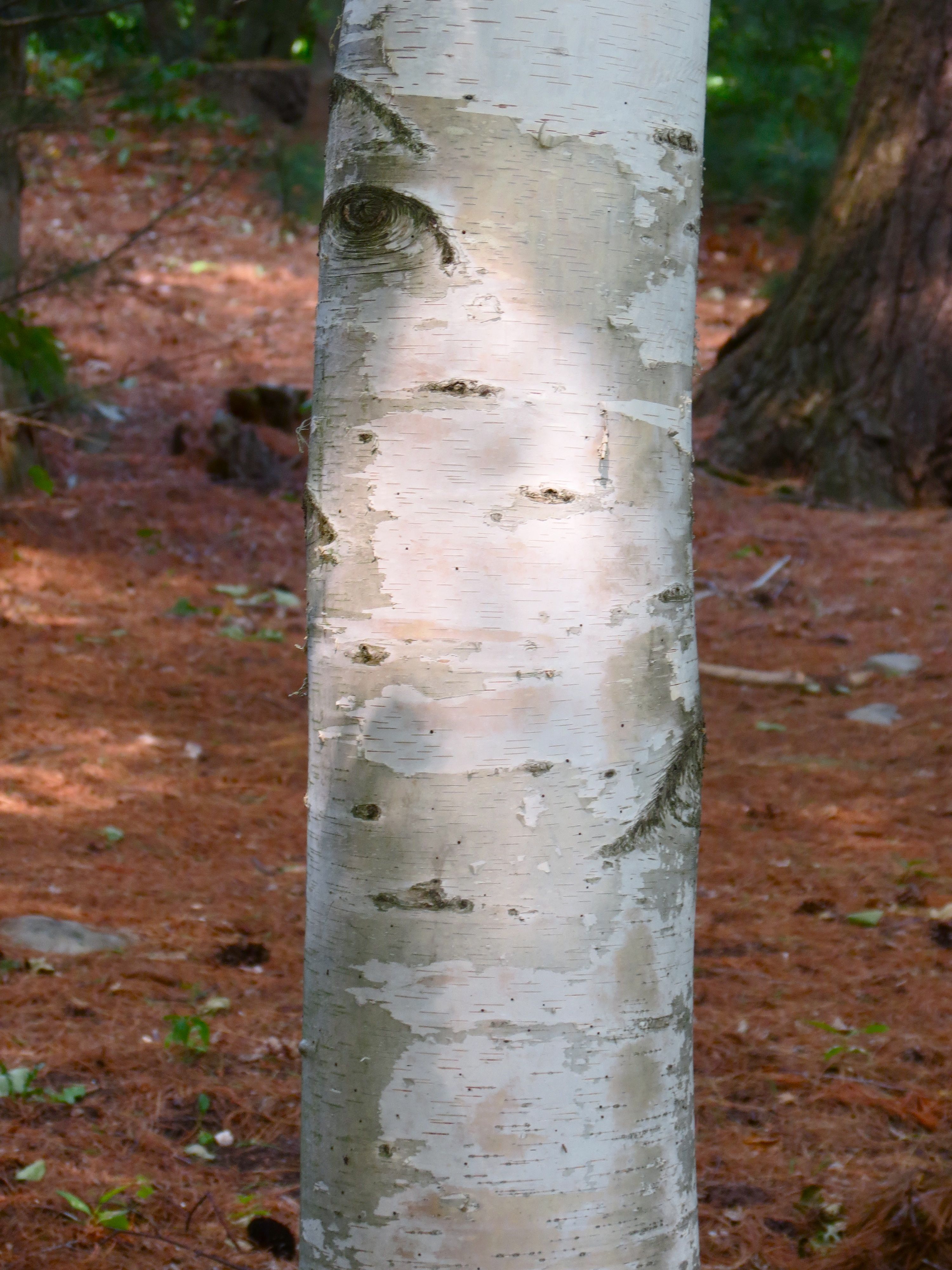 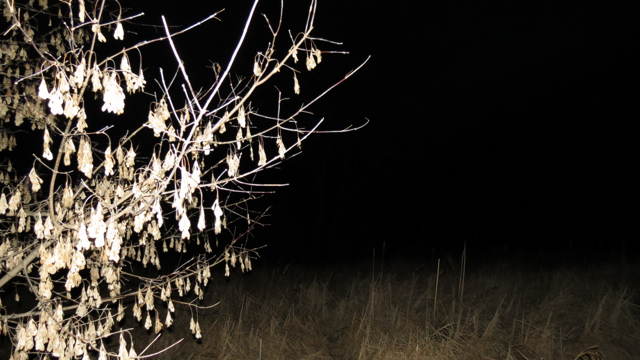